Fictional dog of the week #19: Roobarb 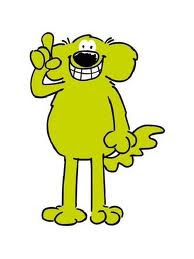 Oh Roobarb, how I love your wobbly green doggyness! Roobarb and Custard are currently helping the PDSA to raise £1 million, so it seems fitting to make this wobbly green cartoon dog this week’s fictional dog of the week.


Together with his friend Custard the pink cat, Roobarb entertained a generation of children with his animated antics during the 1970s – and the pair returned a few years ago to entertain today’s youngsters.


It’s a traditional odd-ball, dog-and-cat partnership which sees the enthusiastic Roobarb making grand plans that fall apart while the lazy Custard, who lives nextdoor and has somewhat criminal tendencies, lies on the fence and makes mischief. Richard Briers - who should probably be the voice of all dogs - narrated the series and voiced all the characters, and the drawings were all done with magic markers, giving a curious, wobbly effect that I think is particularly suited to that type of dog who can’t keep still. 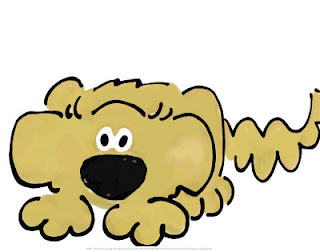 Although the original 1973-4 series was originally titled Roobarb, the partnership was so strong that it was universally known as Roobarb and Custard. The pair never really went out of fashion, and 30 years after the first episode, a second series was made: Roobarb and Custard Too. The rest, as they say, is history.


And Roobarb is a history-making dog. Devised by Grange Calveley who worked for an advertising agency at the time, he is based on the real-life Calveley dog, a Welsh Border Collie who was also called Roobarb and who really did climb trees. Inspired by his canine friend, Calveley pestered the BBC until they agreed to commission a series of 30, five-minute episodes – the first animated TV series ever to be made in the UK!


Roobarb is so popular today that he and Custard have a brilliant website of their own, where you can find out all about them and link to some of the later episodes. 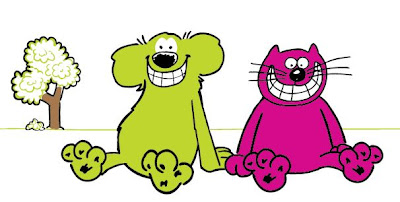 Posted by Jacqui Griffiths at 16:01