Fictional dog of the week #8: The Littlest Hobo 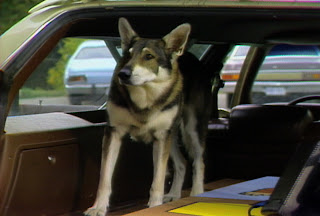 You'd think that any stray dog would be looking for a permanent, loving home – not so the Littlest Hobo, whose preference for an itinerant lifestyle gives him the geographic reach to help out all and sundry.


The Littlest Hobo (or ‘Hobo’, although he didn't really have a name in the series) is a hugely intelligent, emotionally aware German Shepherd Dog. He was originally played by a very talented canine actor called London. 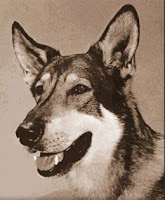 Wherever Hobo goes, he befriends those in need and helps them through their troubles. They might give him a name, which he’ll respond to while he’s around. But then, just as the people he’s helped begin to think they’ve found a friend for life, he’s off again looking for his next adventure.


Originally the subject of a film in 1958, The Littlest Hobo was made into a Canadian TV series that ran between 1963 and 1965. A new version was then made, which ran between 1979 and 1985 – that’s the version most people remember.

Hobo’s refusal to be anyone’s pet is perhaps what made the TV series such a huge success. Watching it as a child, I found it easy to put myself in the place of the people who needed Hobo’s help, so I also always wanted him to settle down as their family pet. For someone like me, who was always desperate for a dog of their own, Hobo held out a tantalising possibility that such a dog might simply come along one day. But then, at the end of every episode, he also withheld that possibility, reasserting the fact that, to paraphrase the Rolling Stones, you can’t always get what you want but you might get what you need.

Have a look at the show’s opening credits, complete with its unforgettable theme tune, to see Hobo in action and relive those happy childhood memories.
Posted by Jacqui Griffiths at 15:16